Nostradamus and
the Hebrew Prophets 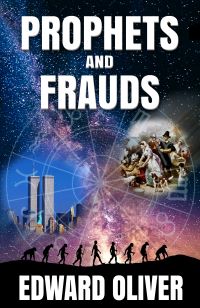 Is there any proof that it is possible to see into the future? The answer to that question is yes! If you want to see documented proof that events of the future can be foretold, then you've come to the right place. If you think that science disproves prophecy, you will be very surprised when you learn that science actually supports the record of prophecy. So have fun reviewing all the scientific evidence that supports the accurate predictions of the Hebrew prophets through the centuries:

Cycle of the Presidents

The Plan of Socialism

An Attack on the Vatican?

An Attack on New York?

The Cause of Global Warming

The President and the Pope

An Attack on Rome?

YOU ALSO MAY WANT TO KNOW:

The Great Pyramid of Giza

The Year Without a Summer

How Christmas Won the War

The Stone of Destiny

2006 posted here on 9/1/2006:
Are you prepared for the upcoming worldwide economic depression?

2011 posted here on 1/1/2011:
Will government by corporations, eventually lead us to Soylent Green?

All the above predictions were posted BEFORE the events occurred.

please e-mail any comments to: eoliver@godswatcher.com